WHAT IS CREATURES OF IMPULSE?

Creatures of Impulse is a teen improv troupe made up of youth grades 9-12. We perform all kinds of improv, but mainly focus on long-form, narrative improv (plays without a script).

COI takes an improv-as-theater approach to improv. This means we believe that anything that is done in traditional scripted performances can be done in improv. COI believes that great scene work and playing for real can lead to a fun and entertaining theatrical experience. 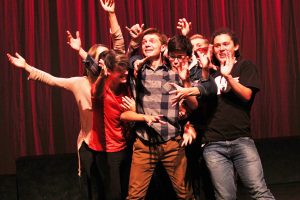 What can I expect at a COI audition? You can expect to be taken through a series of improv warm-ups, scenes, and games. Come prepared to move and participate. The COI staff team looks for theatrical performers that can take direction, listen, make bold choices, and know how to make their fellow improvisers look good. COI doesn’t necessarily seek out comedians or class clowns, but performers ready to take risks, get outside their comfort zones, and share the stage with others

When does Creatures of Impulse perform?

In addition to their main stage shows at the Firehouse Arts Center, COI performs fundraising shows, school assemblies, community performances and more. These fundraising shows, assemblies, and community performances go to support COI’s touring program. In past years, the touring program has taken COI to the New York Musical Improv Festival and to Chicago to represent the state of California at the Teen Comedy Festival for four straight years.

Can I be in Creatures of Impulse? 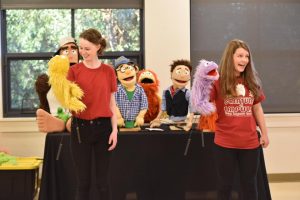 If you are ages 14-17 and are enrolled in 9th-12th grade (or are going to be), you are welcome to audition for Creatures of Impulse.

CAN COI PERFORM AT MY SCHOOL OR SPECIAL EVENT?

YES! Creatures of Impulse has been lucky enough to perform at private and community events for local non-profits, foundations, and schools. They can perform any improv show for any amount of time from twenty minutes to 90 minutes. We can also perform staff trainings, team-building modules, and workshops. Since COI is comprised of high school students, one to two-month lead times for private performances and trainings are appreciated.

COI requests $200-$550 contribution for private engagements depending on length and content. 100% of your payment is considered a donation to COI’s touring program, so it goes straight to supporting the youth in the program. Just call Mark Duncanson at the Firehouse Arts Center at 925-931-4828 to get started.

Click HERE for a detailed list of COI’s Touring Shows you can have at your school or recreation program.